As a cognitive scientist, Martin Brösamle conducts empirical research on design practice. His work shows a strong fascination for the visual and haptic qualities of physical design media. Combining an ethnographic approach with graphic-analytical techniques has proven a robust approach for field studies in architectural offices at industry level.

After graduating in Anthropology in 2006 from the University of Freiburg (Germany), he received his PhD in Cognitive Science in 2013 for his observational studies on sketching and gesture in architectural design. His thesis has been awarded for its methodological excellence and significance for interdisciplinary research contexts. Since 2013 he does consulting work in software development as well as for research projects involving academic institutions and architectural design firms. 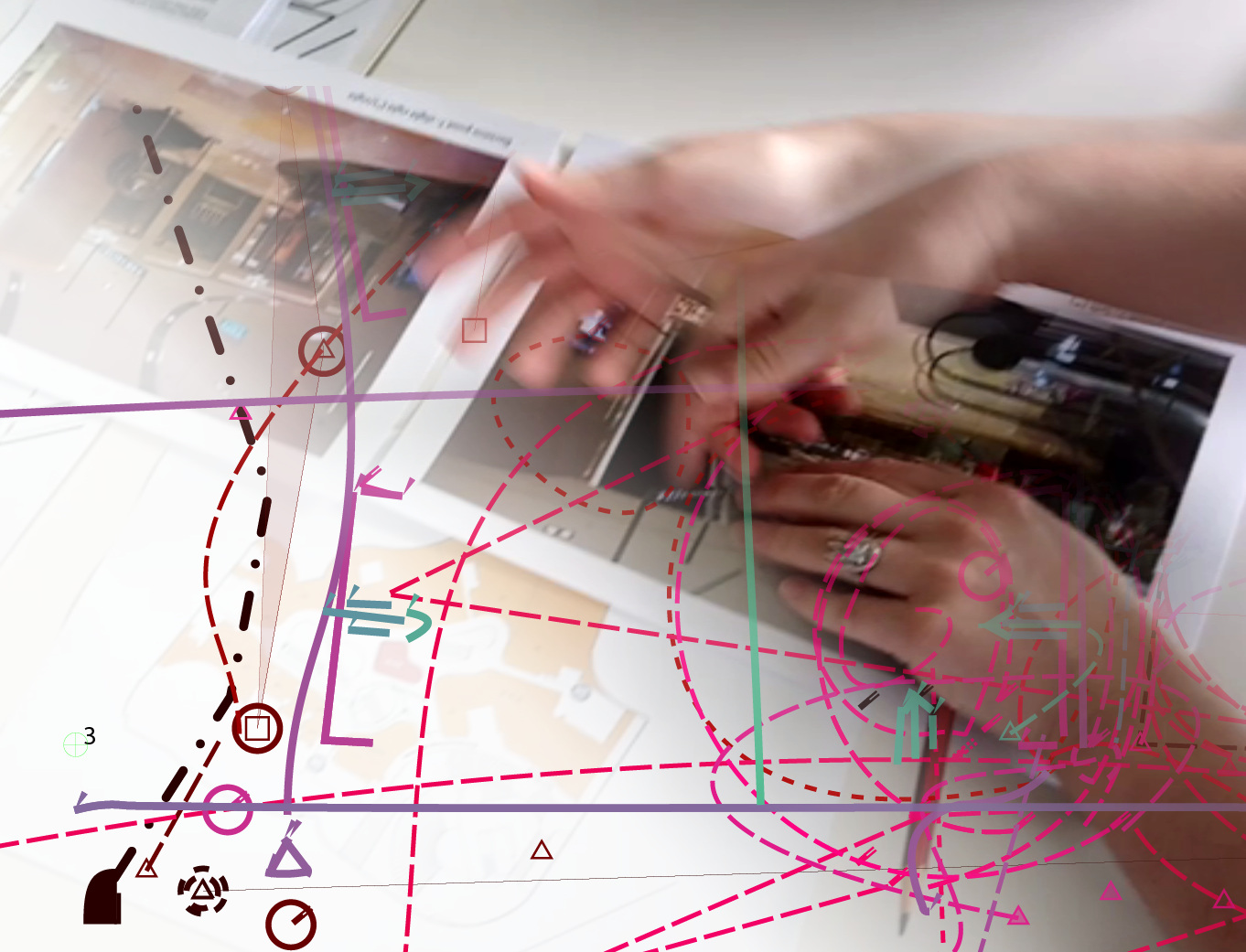 The activity of observing design requires a researcher to immerse in the professional context under investigation. A suitable selection of instruments and recording techniques is a prerequisite for a focussed and accurate performance.

»Visual languages are core components of my approach, both for analysis and presentation purposes. For each project I define the notation techniques and refine their formal and aesthetic qualities so as to reflect exactly the aspects I want to capture and convey to the research community.«

2018/2019
As part of a research collaboration with Future Cities Laboratory in Singapore I observed analog and digital media (drawings, sketches, CAD software, BIM &c) are used in larger architectural and urban design offices. Publication in preparation.

2011
Calling out a Design Competition
Designing from the inside out
In order to engage architects in an academic research agenda through a comfortingly familiar modus operandi we launched an open ideas competition with a particular user-centred focus. In the design brief we encouraged our entrants to create and justify their designs on empirical evidence on human spatial cognition and behaviour. On the flip side, the submitted schemes all address the exact same design requirements and, hence, are an excellent collection of cases for comparative studies.

2007 - 2013
Field work for my PhD
As a member of a research team with no professional training in design I collected and analysed a total number of 22 interviews with praciticing architectural and urban designers working in leading architectural design companies.